Please join us in giving a warm welcome to Libby’s Southern Comfort, one of the newest restaurants to join The B-Line, Northern Kentucky’s bourbon tour.

Libby’s Southern Comfort is an excellent choice for happy hour, drinks and apps, a full meal, or just dessert. Featuring a covered outdoor patio and cozy seating inside, it’s also a great option for the entire family, couples, girls night out, or special occasions.

On this particular visit, we chose to sit on the covered patio. It features fans for hot days and heaters for the cooler months. I’ve experienced their patio in all of the above conditions and it has always been nothing less than comfortable.

The patio is also dog-friendly and features a large mural of the restaurant’s logo–a silhouette of owner Brad Wainscott’s daughter, Libby, and a dog, the family’s black lab, Yuma.

When you start looking over the menu, you might be tempted to order one of everything. But if you must refrain from doing so, I’d recommend starting with a Cheerwine bourbon slush to drink. And either the goetta hush puppies or the fried chicken skins as your appetizer.

The goetta hush puppies are kind of a local delicacy. People come to Libby’s just to eat them. And if you aren’t from Cincinnati and didn’t grow up eating goetta (I’ll include myself in that bucket), these hush puppies are a great way to sample the local fare. Served with remoulade sauce and citrus honey cream, you might as well go ahead and order two because you’ll be wanting more! And while I’ve never seen a fried chicken skin I didn’t like, this particular dish is delicious. Served with warm hot honey, you’ll be licking your lips and your fingers after sampling these.

If you’ve had both of those appetizers before or just want something different, be sure not to overlook the shrimp ‘n grits. Tasso grits topped with blackened shrimp, fried onion straws, and chives–you won’t be sorry. Other featured appetizers include fried green tomatoes (topped with pimento cheese, pork belly lardons, bourbon onion jam, and herb oil), Juju’s Deviled Eggs, pimento dip, and fresh oysters.

Next up, lunch! If you’re visiting on a Tuesday, you’ve hit the jackpot. Tuesdays are not only $5 bourbon slush days, but also feature $10 two-piece chicken dinners. Served with two sides and a biscuit, you can choose whether you want light or dark meat chicken. And while you really can’t go wrong with any of the sides, the white cheddar Mac and cheese, green beans, and garlic mashed potatoes are my personal favorites.

If you want fried chicken, but something a little less filling, these chicken sliders are also amazing. Served with one side, these feature fried skin-on, boneless chicken thigh, house made sweet hot pickles and onions, baby arugula, and sage aioli on a homemade toasted biscuit. Yum!

If you’re looking to sample something other than fried chicken, you’re in luck, because the entire menu is an A+.

When it comes to sandwiches, you really can’t go wrong with any of them. Pictured above are the fried green tomato sandwich and the fried bologna BLT.

The shrimp roll features another local delicacy–Grippo’s BBQ chips. Pickled shrimp tossed in Old Bay Mayo with fresh cut chives, topped with microgreens and Grippos South Carolina BBQ Chips, and served on a 16 Bricks Cubano Roll. That’s a mouth full of deliciousness right there. The burger is also mouth-watering and the brisket melt is on my list for next time.

As an ode to the traditional Kentucky hot brown, I present to you Libby’s Charlie Brown. Oven roasted turkey and country ham atop 16 Bricks Sourdough bread with house made cheddar cheese sauce, bacon, heirloom tomato, and topped with parmesan cheese. If that’s not enough, it’s served with a side salad… but you won’t need it. This thing not only tastes incredible, it’s also incredibly filling!

The menu also features other entrees, soups and salads, and brunch served Sundays 10 a.m. – 3 p.m. I haven’t had the pleasure of dining at Libby’s for brunch, but that bourbon peach French toast is calling my name!

And last, but certainly not least, whether you’ve saved room for dessert or not, you *have* to get the oatmeal cream pies. Sorry Little Debbie, you ain’t got nothin’ on Libby’s Southern Comfort. Better get a few extra for later because you’ll be craving these all week!

In addition to the oatmeal cream pies, Libby’s has also become famous for their uniquely flavored soft serve ice cream. From Cocoa Puffs cereal milk to red cream soda, the rotating feature is always worth sampling. Check out their Facebook page for details about the current flavor.

In addition to the Tuesday specials mentioned above, Libby’s also features half price select bottles of wine on Wednesdays and half off vintage bourbon pours on Thursdays after 4 p.m. Libby’s is a go-to place for bourbon lovers and was recently recognized as one of the Best Bourbon Bars in America by The Bourbon Review.

Libby’s Southern Comfort joins a decorated list of other B-Line bars, restaurants, and distilleries. Check out our B-Line Stops page for more information about other establishments. Download a line guide to begin your B-Line adventure and earn free swag.

First introduced in early 2018, The B-Line is managed by meetNKY and was created to help capture the bourbon-curious audience of millions of people who drive down Interstate-75 and fly into CVG Airport annually. Participants create their own experience by following a self-guided trail and complete the Line Guide by collecting two stamps or check-ins from each category of distilleries, bars, and restaurants. 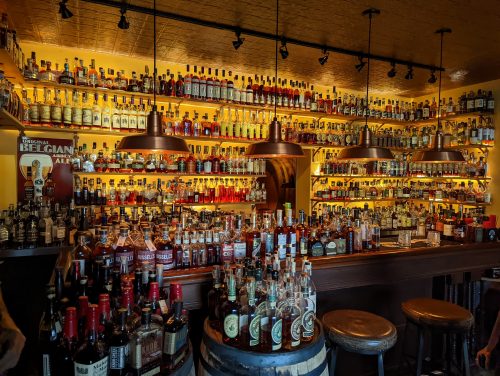 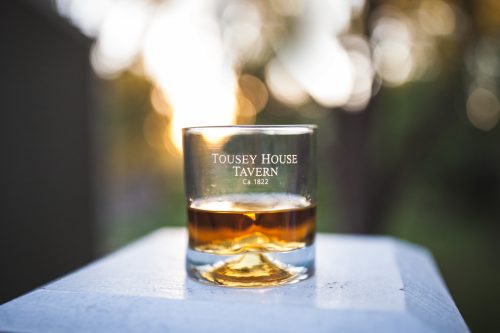 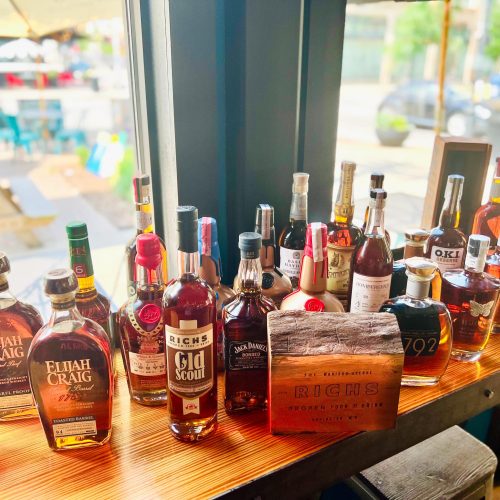